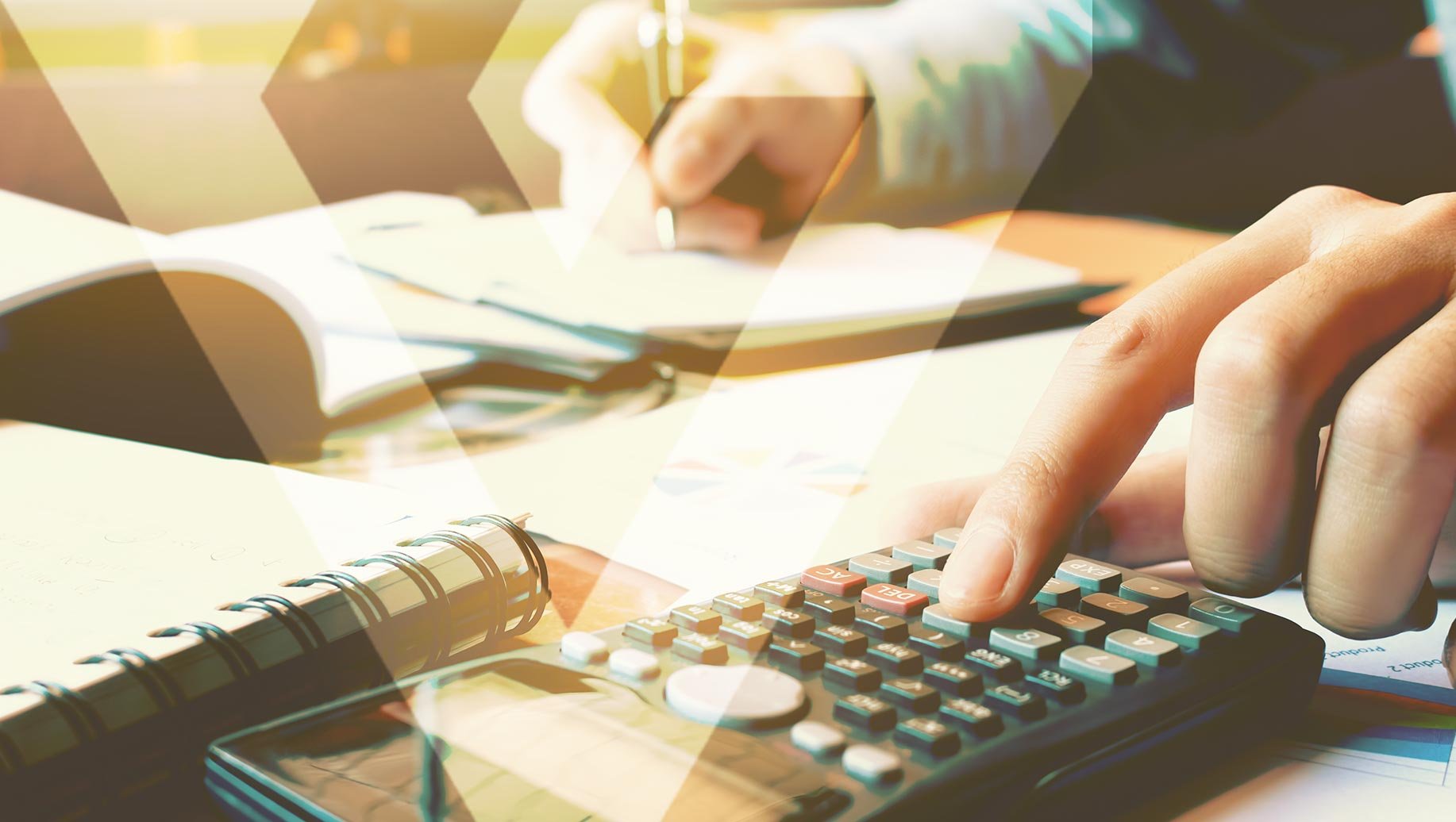 We’ve talked about transfer pricing methods before, but without detailed examples they can be difficult to put into perspective. In this blog post, we share examples of how three traditional transaction methods and one profit method may be applied: the comparable uncontrolled price (CUP) method, the cost plus method (CPLM), the resale price method (RPM), and the residual profit split method (RPSM).

The scenario: An agriculture producer in the U.S. is planning to sell wheat to a related-party distributor in Australia for $5 per bushel, and needs to ensure fair pricing before moving forward with the transaction.

The application: Applying the CUP method, the wheat producer would compare the proposed price per bushel ($5) to the amount they’re charging third-party distributors. If the arm’s length range of prices per bushel charged to third parties ranges from $4 to $7, and the transactions are sufficiently comparable, then $5/bushel would be considered an arm’s length price.

The caveat here is that the CUP method requires transactions to be highly comparable; therefore a number of factors must be examined to decide whether or not the CUP is acceptable for determining arm’s length pricing, including, but not limited to:

To the extent that there are transactions that are sufficiently comparable and meet the different requirements for the CUP method, then the manufacturer can create an inter-quartile range with the third-party distributor prices. After eliminating the outliers at the top and bottom of the range, the manufacturer can then use the resulting range to benchmark related-party prices.

Is your company using the best methods to calculate arm’s length prices? Learn all you need to know about transfer pricing methods in our free guide.

Example #2: The Cost Plus Method

The method: The cost plus method also looks at related-party and third-party transactions, but rather than looking at price per product, it measures the cost plus markup (the profit) earned on the sale of the products. This approach is broader than the CUP method, which may look at each individual product stock-keeping unit (SKU) rather than grouping all SKUs together.

The scenario: A U.S. drug manufacturer makes an over-the-counter medication with a production cost of $150 per bottle. The manufacturer plans to sell the medication to a related-party distributor in Ireland for $200, which would represent a profit of $50 and a 53% markup on costs; however, they will need to apply a transfer pricing method to determine whether the transfer price is at arm’s length.

To apply the cost plus method, the transactions must be sufficiently comparable but do not have to be as exact as in the application of the CUP method. Comparability factors like volume, geography, and markets should all be taken into account; however, an exact match is not necessary because you're not looking at individual prices. Here, the prices for hundreds or thousands of SKUs are essentially bundled together to evaluate the markup a company earns on cost for a specific group of products.

The method: The resale price method in transfer pricing is primarily used by distributors to determine an appropriate resale price for tangible goods. Similar to the cost plus method, the RPM looks at groups of transactions rather than comparing individual transactions like the CUP method. Because it works in percentages, RPM can also be applied even when the underlying products are not identical.

The scenario: A distributor in Canada is purchasing T-shirts from a related-party manufacturer in the U.S. for $20 per shirt and needs to ensure a fair, arm’s length purchase price.

The application: In this scenario, the Canadian distributor would use the resale price method to determine the gross margin percentage (gross profit divided by net sales) earned on sales of T-shirts purchased from third parties. This is then compared to the gross margin earned on distributor sales of T-shirts purchased from related-party manufacturers to ensure fair pricing.

If the Canadian distributor purchases T-shirts from a third-party manufacturer for $20 and resells them for $40, they earn a 50% gross margin. Therefore, the distributor must also earn approximately a 50% margin (the RPM typically yields a range of acceptable gross margins rather than a single data point) on sales of products purchased from related parties to demonstrate the transactions are being carried out at arm’s length.

The method: Our three previous examples all apply to tangible goods. The residual profit split method (RPSM) can be applied to intangibles. The RPSM divides profit based on the contribution of each related party involved in the transaction.

The application: In this case, the parent company needs to determine the share of profits resulting from each party’s marketing and branding efforts. First, the total value of the IP is determined by eliminating profits arising from routine functions, such as manufacturing and distribution. After eliminating any non-routine profits resulting from technology intangibles, the remaining non-routine profit results from marketing activities.

This profit is assigned to the U.S. parent company or the German subsidiary according to each party’s contribution to marketing. In year one, most of that value has been developed in Germany, due to the subsidiary’s previous brand-building efforts. But over time, as the products sold in Germany by the subsidiary are co-branded and then transitioned to the parent company’s branding, most of the profit attributable to marketing will shift to the entity that owns and further exploits that parent company brand.

Another scenario: A U.S. company decides to establish manufacturing operations in Ireland to produce certain products.

The application: The U.S. company needs to determine how to split the profits attributable to intellectual property (IP) generated through sale of products manufactured by the Irish subsidiary. Unlike the previous example for the RPSM, in this case, the Irish manufacturing company is a new venture; there’s no history of IP-generating activities.

Initially, all of the value created and the residual profit would be assigned to the U.S. parent company. Over time, as the Irish company begins research and development and increases its manufacturing knowledge, a portion of that residual profit may be attributable to the Irish company. From a tax planning perspective, the new Irish venture may not be advantageous initially but may become so after time.

Transfer pricing is a complex area of business, but getting it right is crucial in order to comply with various international rules and legislation. (Tweet this!)

Valentiam’s seasoned consultants are recognized as being among the “World’s Leading Transfer Pricing Advisors,” and have been named the “Best of the Best” in the U.S. If your company’s transfer pricing strategy could use a revamp, our expert guidance might be exactly what you need. Let’s talk about how we can work together to develop a strategy that meets the unique needs of your business. 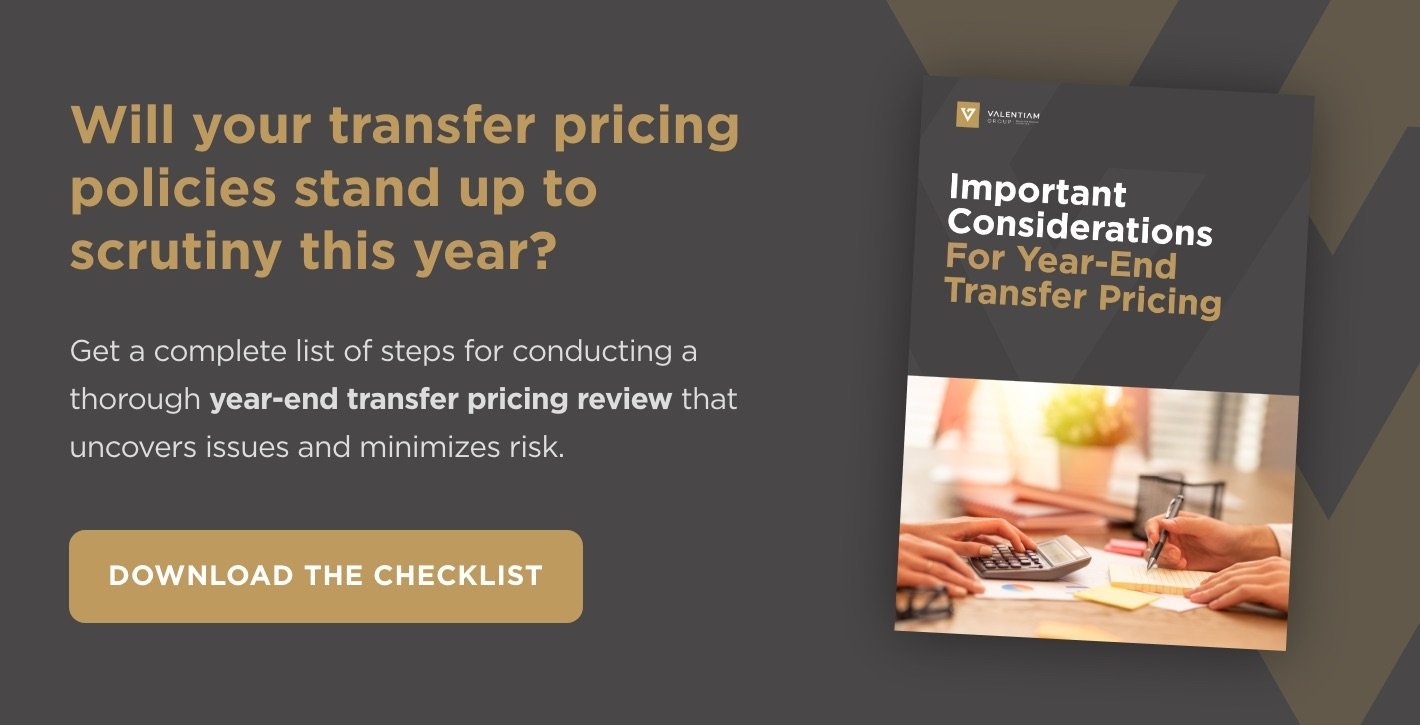