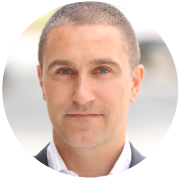 David Talakoub is a Partner with Valentiam Group. He has practiced transfer pricing and tax valuation since 2004.

Prior to joining the predecessor firm of Valentiam in 2011, David worked for a leading valuation advisory firm, as well as in an in-house capacity with a major telecommunications and high technology company. David was named as a “Transfer Pricing Rising Star” in client surveys conducted in 2015-2016 and has since been consistently recognized in the Legal Media Group “Expert Guides” as one of the world’s leading transfer pricing advisers.