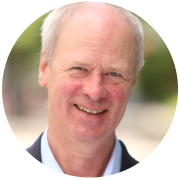 Dr. Clark Chandler has worked as an applied economist since 1978 and has been actively involved in transfer pricing analysis since the mid-1980s.

Clark has assisted taxpayers at audit and appeals in the United States, as well as provided expert testimony in Tax Court.

He has also prepared numerous studies that have been used in Advanced Pricing Agreements (APAs) and in Competent Authority negotiations.

Clark has worked with the U.S. Internal Revenue Service and various other tax authorities, both in evaluating the transfer pricing of specific taxpayers and in developing general positions, as well as in providing training in the field.

After receiving his Ph.D. in economics from the University of Michigan, Clark worked at Economic Consulting Services Inc., where he became vice president, shareholder, and then a principal.